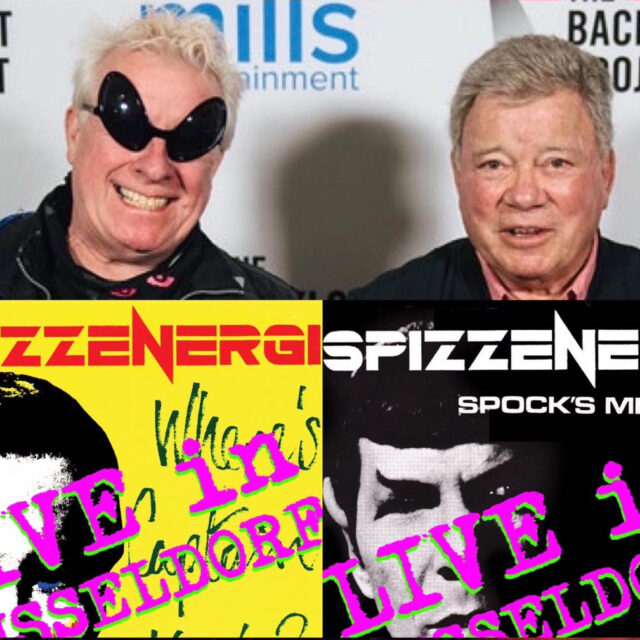 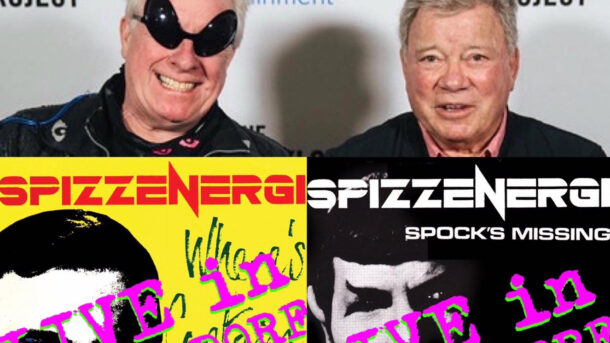 As HOLY DOTAGE RECORDS prepares to rush-release a package of monumentus live renditions of both Where’s Captain Kirk? and Spock’s Missing to celebrate the SPACE event of the century. Dear SPIZZ reflects on his fan credentials, cosmic coincedence and a future (un)written.

A fantastic event for all Star Trek fans took place when William Shatner aka Captain James T Kirk took his seat in the Blue Origin space ship for the 11 minute space trip. Was it really a rocket or was it a glorified funfair ride?

In all fairness, its a duration of time where we have all had longer rides on a Whirling Wurlitzer. But having heard a news report that finally utilised SPIZZENERGI‘s original “Where’s Captain Kirk?” instead of other inferior Star Trek themed tunes, justification of something that transcends even long term fandom was finally complete in SPIZZ World.

It goes without saying I was an enthusiastic fan of the TV series.. A time before video recorders when you had to catch the shows as they were broadcast – and then along came the feature films and more recently the fabulous reboots.

Before the pandemic and subsequent lockdowns I managed to buy myself a pair of tickets to see William Shatner live on stage – an event which included the Wrath of Khan movie as the evening’s support. Anyway, it was an amazing experience, funny and through the help of my good friend Sarah-Jane Campbell who accompanied me as my guest, and who during the interval had managed to secure some VIP tickets to meet him, we had a photo taken with the great man himself, William Shatner!!

As a thank you, Sarah-Jane attempted to buy a souvenir T-shirt for me and it transpired that Shatner’s Tour Manager happened to be the brother of none other than Mark Coalfield, the guy who I wrote the song ‘Where’s Captain Kirk?’ with! And he kindly gave the garment to me as a gift.

As a fan in 1980 I also wrote a sequel “Spock’s Missing” and years later Hollywood literally took the song as story line for the 3rd Star Trek film. Check if you don’t beleve me.

More spookyness followed in 1981 as the final song of my Star Trek trlogy “Five Year Mission” where we discover Spock has returned and is still alive – yes, just as he is in the 4th movie!

So yeah I’m not really much of a fan, it’s more really a force of inter-galactic, telepathic nature. Art cannot really copy life, or life copy art any more that it does already when something lives inside you like this. What’s next for Kirk? What’s next for SPIZZ? THE TIME WARP IN SPACE MADE A CHANGE IN ME. FOR I WAS THE CAPTAIN AND THE CAPTAIN WAS ME.